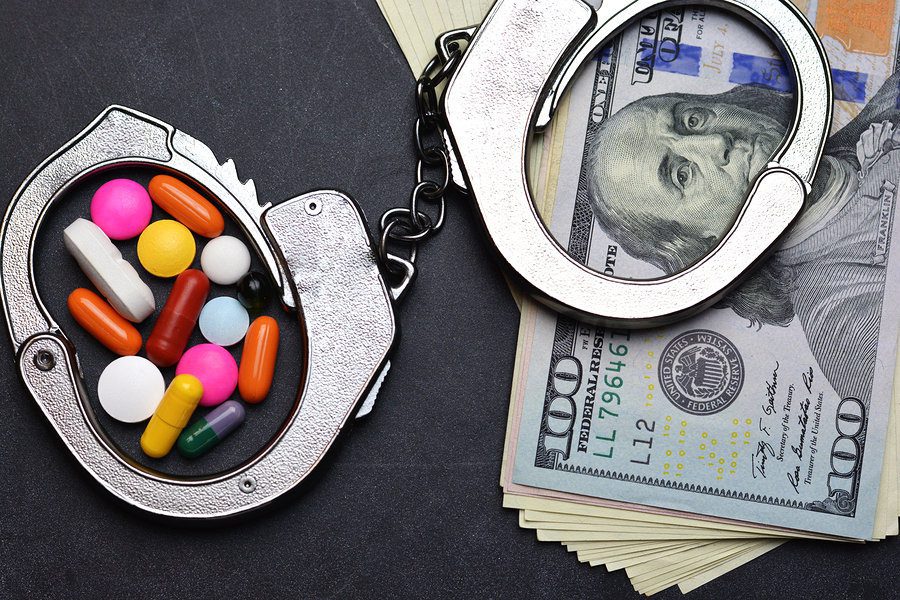 If you were arrested for a drug-related criminal charge, contact our drug defense lawyers as soon possible. Our aggressive team gets results in some of the most complex cases. We are wholly invested in the success of our clients and make ourselves available 24/7 to aid in tough situations.

We are able to assist in many cases, including those involving possession of the following controlled substances:

Our team can also help with cases related to the delivery of controlled substances, including marijuana.

Under Illinois law, depending on the facts of your case, there are numerous types of drug crimes that you can be charged with. If these offenses cross state lines you can also be charged with federal crimes. Charges may include the following categories:

WHAT THE STATE MUST PROVE FOR A POSSESSION CONVICTION

Possession is the most common drug-related charge faced by most accused. The prosecutor must prove three components beyond a reasonable doubt:

People with large quantities of drugs in their possession may face intent to distribute charges. This does not mean you actually intended to distribute, or that the court will convict you of this charge. To prove an intent to distribute, the prosecutor must show (1) you possessed the illegal substance, and (2) you had a clear intent to distribute the substance. Intent is the heart of the case that a prosecutor needs to prove. The prosecutor will try to use evidence such as the quantity of drugs, whether drug paraphernalia was present, materials for distribution (for example, multiple containers, scales, labels, bookkeeping records, etc.) to prove its case.

Illinois law sets out severe penalties for drug offenses. If convicted, an individual could face:

Immigrants to the United States me face deportation.

These penalties, however, will entirely depend on the factors of the case—namely, the type of drug involved, the amount of the drug involved, and the action involved (for example, possession, delivery, etc.). The specific amount of time in jail or prison and fine amounts will vary depending on the classification of substance, its amount, and any prior offenses.

In general, more potent drugs result in more severe jail time and fines. For example, possession and an intent to distribute 150 grams of cocaine can carry a felony sentence of nine to 40 years in prison and fines in excess of $500,000.

Possession of fewer than 10 grams of marijuana may result in civil offenses, which carry maximum fines of $200, with automatic expungement upon payment.

Under certain circumstances, you may assert a defense to the drug crimes charges you face. Although no attorney can guarantee the success of any defense, if the everything lines up, you may get the charges against you dropped or lessened. Our experienced attorneys will fight for any available defenses, including:

Improper investigation. When police conduct an investigation related to your arrest and charges, they must follow proper procedures and not violate your constitutional rights. An experienced criminal defense attorney can review your case and determine if police were prosecutors violated your rights or broke any laws in obtaining evidence and conducting the investigation.

Search and seizure violations. Clear laws govern the circumstances under which law enforcement officers can stop you or your vehicle and search for and seize drugs. The Fourth Amendment to the United States Constitution grants you a right to lawful searches and seizures. If the officer lacks a valid reason to stop you or fails to provide the proper notices, you can claim this as a defense.

Legal possession. You can legally possess some heavily controlled substances if a doctor prescribed them. Examples of these drugs might include codeine, methadone, and morphine. If you hold a legal prescription for the substance to which you face charges and can prove the substance is directly linked to that prescription, this can constitute a viable defense.

With 40-plus years of combined legal experience, Kent Law, L.L.C., is committed to helping clients preserve their legal rights when facing serious criminal charges—including those related to illegal drugs and controlled substances. Throughout the years, our legal team has handled more than 10,000 criminal cases, which has afforded us a thorough and in-depth understanding of the law that few other firms can provide.

Should you hire us, you can rest assured that you are working with proven defense lawyers. We are two former felony prosecutors who are 100 percent focused on handling criminal cases and have earned statewide recognition for excellence as criminal trial lawyers. In fact, we are often recommended by courthouse personnel, police officers, and even judges when family or friends need criminal defense.

To learn more about how our drug crime lawyers in DuPage, Kane, and Cook Counties can protect your legal rights, contact us today online or call (630) 474-8000.